What in the world was I thinking! I went on a bike safari near Nairobi. Being a bit out of shape and not having on a bicycle for months (holiday season) it was a bit of a mad challenge, but I loved every hurting bit of it!

Today a very personal, first person report from my very first trip out bicycling in the wonderful nature around Nairobi. I went with a wonderful bicycle safari company that provides bikes, guides and a planned route. Of course you can make your own routes but going with a gang of cyclists is good for company, morale and support! 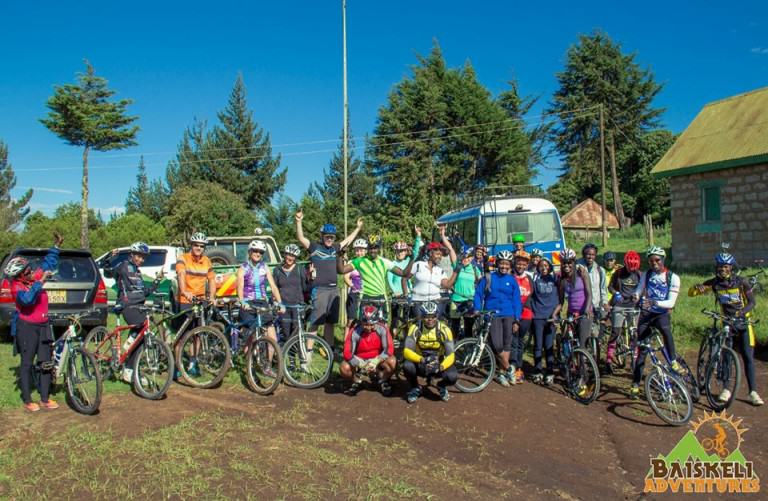 Bike Safari in Nairobi – Take Off

So first we departed for the forest at about 7.20 got there about 8.15. The road there isn’t too bad until the last 500m to the start point where there’s tons of potholes. Incidentally, the girl I happened to seat next to, was a fellow boarder at that nun hostel I told you about, so we were off to an already good start…

So we arrive at the place and it’s green everywhere…and wet lol. We had earlier been told to have a heavy breakfast before departing so once we got to the start point we just had a banana and stocked up on water…then we were off!

I obviously lagged behind with the ‘non professionals’. In fact I was in the last group ??? First off luckily was a gentle slope so I took the opportunity to see everything was set right on the bike. Then came the first 60° slope suddenly. Obviously you hold on dear life and pray you don’t have to brake. The landscape literally flies past you, and the potholes make for a quite teeth chattering ride. Imagine that.

It was on one of these slopes that I saw a couple of our cyclists. Luckily it was just at the bottom so I could safely break. One of the pro cyclists had taken a seriously bad tumble..he’s right should was scraped, he could only lean on the right because his ribs hurt and he was bleeding..everywhere! Man that scared me…even the pros get hurt! That’s when I started doubting myself…

So anyway, they called the bus to take him to a clinic and the rest of us went on our way. A couple of more slopes and we were at the branching to the forest. And I mean a forest..with a thin bike trail to follow. Leaves hanging everywhere, branches, stinging nettle. .but the worst was the leaves. Thick covering of it on the trail and it was wet. We had to dismount at points and a couple of us took tumbles (me included of course!). It was then we could start to hear the river…that’s when shit hit the fan.

To get to the river we had to descend the steep 50m dip from hell. I totally mean hell. Brambles thick in front of you and on the ground, the leaves and the slippery mud. Everyone and I mean everyone took a tumble. Your most cherished wish was granted and you weren’t even there! I was LITERALLY covered in mud.

We get to the river and there is no bridge. We really had to cross on foot (we had thought Rakesh, the tour group owner, was joking when he told us). Keep in mind it’s the rainy season. The river was thundering past. Apparently, there was a line of rocks beneath the surface of the (roaring) river and as long as we stayed on the rocks we’d be OK. In between? Bottomless pits that you can’t even see because of the (ROARING!) river water.

But, gentlemen do actually exist. A couple of guys who had been mid pack had stayed behind for the last group since most of us couldn’t cross without help. The bikes were passed through first. Then we hung our shoes over our necks and crossed the damned (effin roaring!!) river. Damn the water was cold. I actually went back when my feet touched the water…but I had to cross. The rocks were terribly slippery and without the help of the sturdy stick I had been given, the gentlemen, and an answered prayer, I never would have made it across. Then came the climb from hell. 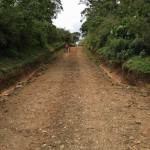 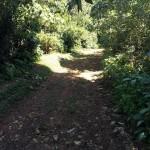 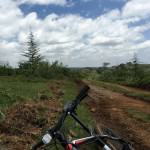 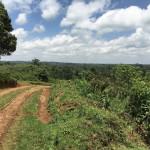 The climb from hell.

The thing about the climb was not that it was steep…it was all slippery mud. We all literally had to form a line up the slope, grab hold of some foliage and hope your foot or hand doesn’t slip, and with the other hand pass up the bikes. Because down the slope you’ll go…like some of us did ? It took us about 45 min to make the climb. Tired? I don’t even know what that was at that point.

We thought we had seen it all… we hadn’t. The funny thing is the road at the top of the climb was murram like so the bikes had good grip, and we thought the immediate landscape was gentle enough…it was deceptively not. Sure there were plenty of nice gentle dips but it was the inclines…there were mad gradients. Like a slightly increasing never ending hill. No one made it to the top on their bikes. It was hard on the thigh muscles when pedalling, it was hard on the legs while we were walking. Exhausting doesn’t even begin to cover that ordeal. It was brutal and we had about 5km of it. At 4km I had to give the bike to one of those gentlemen. I couldn’t have made it otherwise. It was all a blur…just one foot in front of the other, head down, hands on handle bars and praying you don’t collapse. Man, I was out of shape! But I did make it to the 15km point. 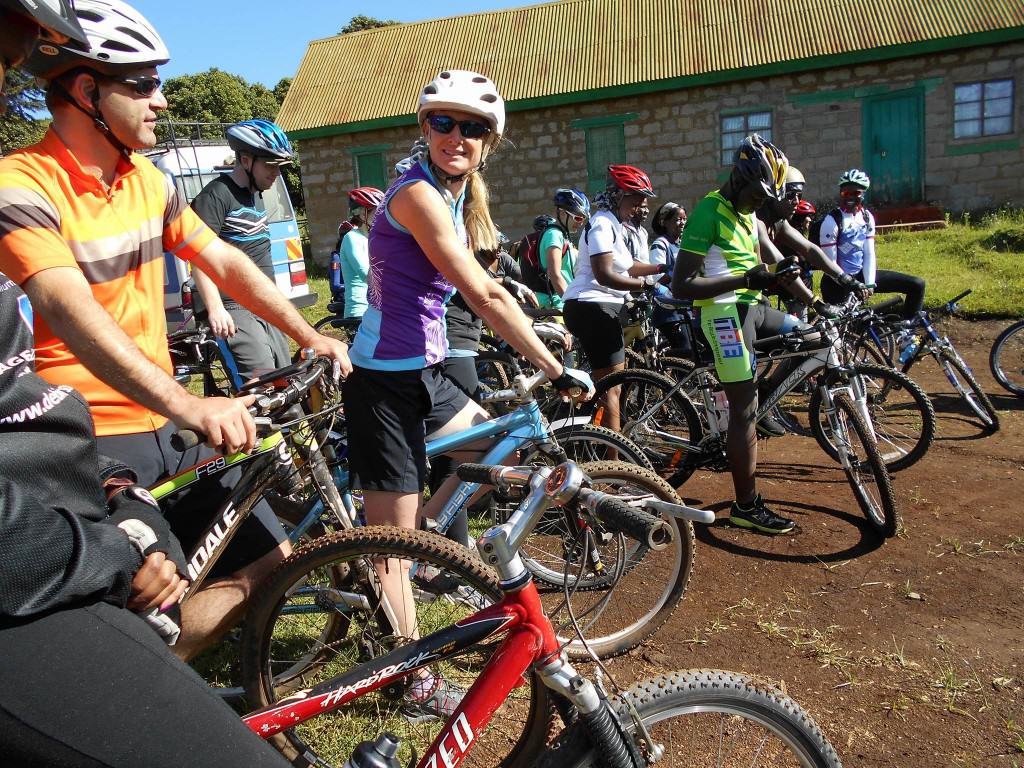 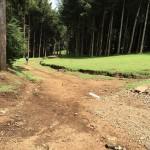 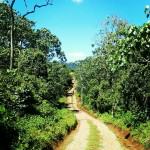 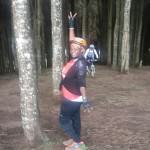 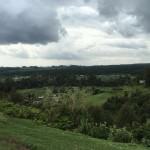 Bicycle Safaris – It Truly is FUN!

All of my reporting above may indicate that the bicycle safaris around the hills in the vicinity of Nairobi might sound like a nightmare. But it really is FUN! You get to see the wonderful nature up close, you will be riding in the companionship of nice people and you get a thorough workout.

I chose to ride with the bike safari company Baiskeli Adventures. There are plenty of other similar options or you can arrange your own trip. But certainly my experience with Baiskeli was very positive. They ensured a delightful trip in good spirits and riding with others obviously adds to the fun. If the race above sounds too easy or hard its worth mentioning that I rode the intermediary – you can choose beginners rides or expert ones as well. All just depends on the madness you dare take on! 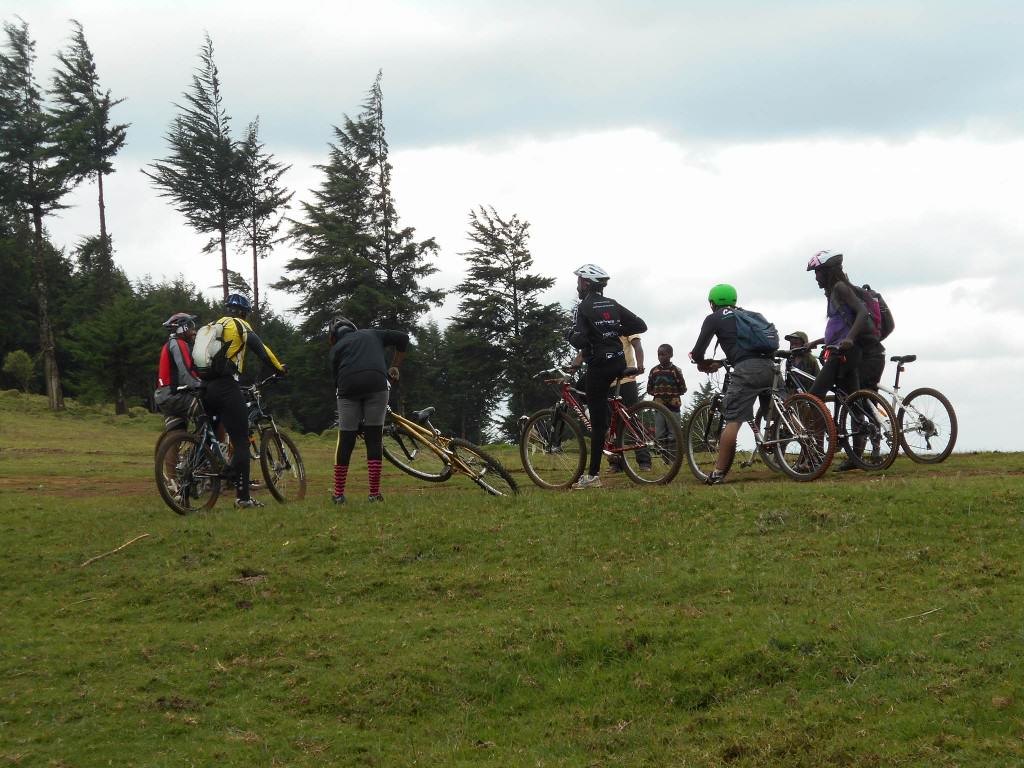