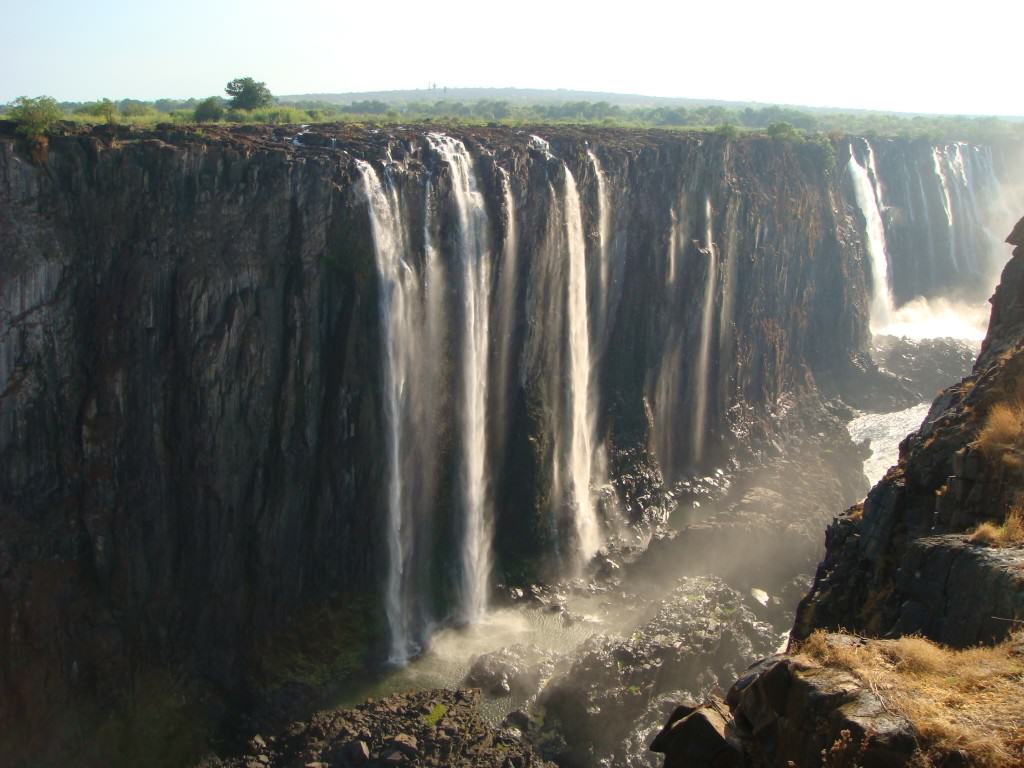 Forms the border between Zambia and Zimbambwe.

Forming the greatest curtain of falling water in the world, it stretches 1708m.

‘Discovered’ in 1855 by famous missionary, David Livingstone, who named it after Queen Victoria.

It is a UNESCO World Heritage Site

Aptly named ‘Mosi-Oa-Tunya’ – The smoke that Thunders, the spray from the waterfalls forms a huge “cloud” that can be visible up to 50km away!

During the dry season, October-November, water levels drop sharply thus making it possible to walk through some parts of the waterfall.