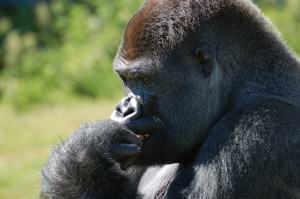 Mountain gorillas live in forests high in the mountains at elevations of 8,000 to 13,000 ft. Most are found on the slopes of the dormant volcanoes: Karisimbi, Mikeno and Visoke. 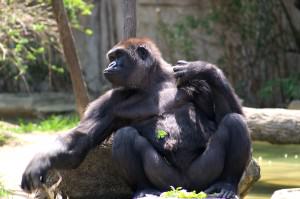 A subspecies of the eastern gorilla, it is listed as critically endangered by IUCN.

There are roughly 700 mountain gorillas remaining on Earth. Nearly half live in the forests of the Virunga mountains in Central Africa.

Gorillas form up communities of up to 30 individuals that are organized into actual social structures. Despite gorillas’ obvious physical power, gorillas are non aggressive and generally calm unless disturbed.

Conservation efforts have increased the gorilla population from 620 animals in 1889 to around 786 today. 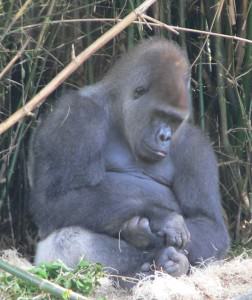 Gorillas are one of the four species of great apes that are the closest living relatives of humans.

Why else? Tarzan, King Kong and Congo 🙂