Djemma El Fna means “assembly of the dead” because Christians and criminals were executed at the city’s square.

Located in Marrakesh and known as the ‘heart of the  city’ by locals, the souk sells a variety of tourist trinkets, carpets, spices, metal, wood et al. 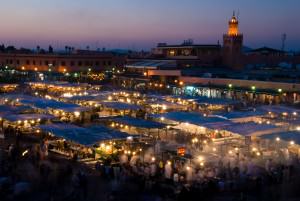 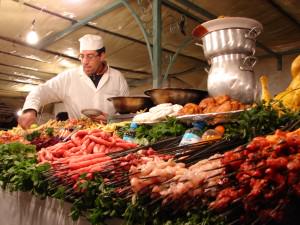 The beauty of Djemma El Fna though, reveals itself in the evenings. Muscians, snake charmers, costumed monkeys and acrobats, fortune tellers, medicine men, henna artists all gather at the square turning it virtually into a circus.

It is a UNESCO recognized city square.

The cultural mix of scents, colors, sight and sound make for a spectacular experience.