Kenya is one of the lesser known nations in the international world of football. But. Football in Kenya is pure passion. Local teams such as AFC Leopards and Gor Mahia draw huge crowds. The English Premier League is beloved by all. So. The Kenyan national team may not have made inroads in the Africas Cup or World Cup and few prolific players have made it to the top European clubs. But. Make no mistake about it. Kenya is football crazy!

There are several levels of football support in Kenya. First of all. Being patriots the Kenyans all support their national football team. However poorly it may be performing. Local grudge matches against Uganda and Tanzania obviously draw special attention, but the national heroes will be on every wide-screen TV in countries across the bar, when they are testing their skills on the national level.

The English premier league however is the day-to-day football followed by most Kenyans. It is almost impossible to find a Kenyan who does not support one of the big premier league teams. Not surprisingly it would appear Manchester United has the lead in Kenyan support, but you will find plenty of Liverpool, Chelsea, Arsenal and Manchester City supporters as well. And if you are visiting Kenya there will be no need to miss any Premier League games. Every bar with a tiny inch of self-respect in Kenya shows the Premier League live. 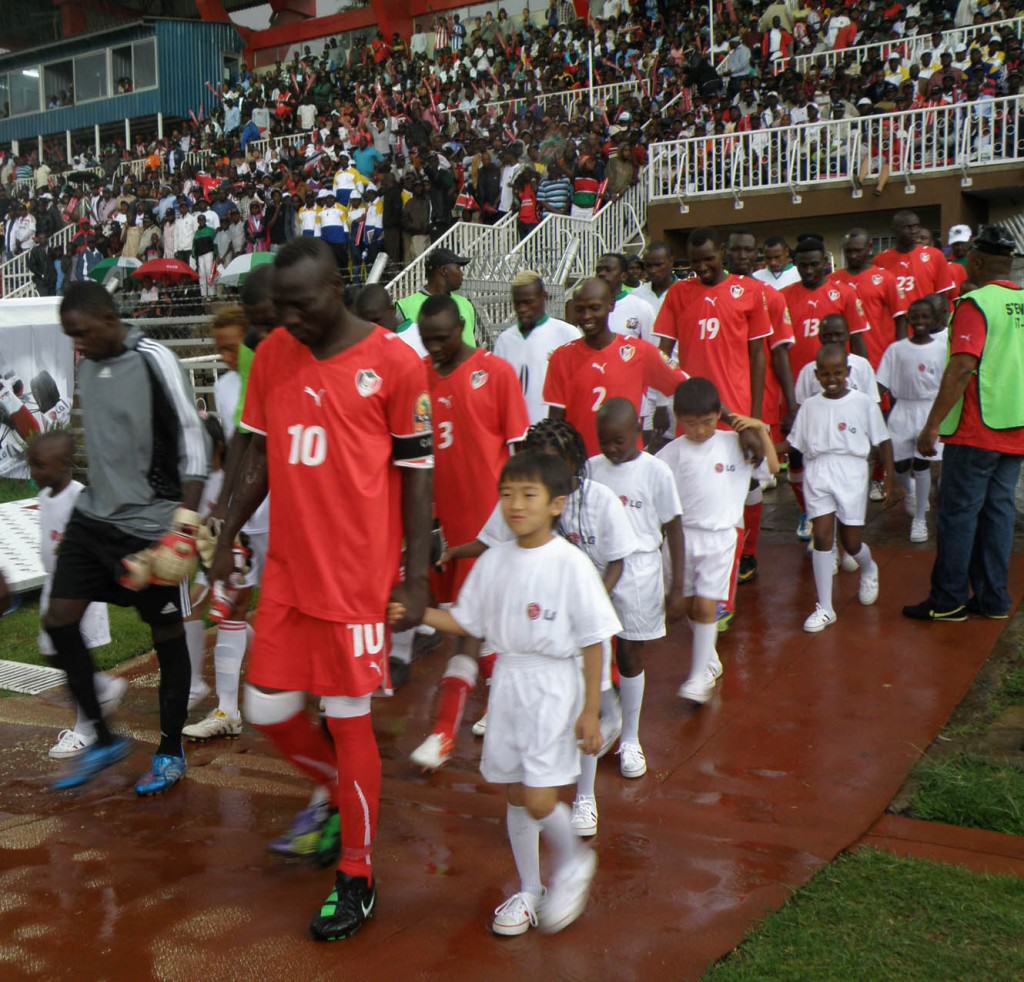 Finding a big screen to watch any kind of football with fellow fans from near and far is really easy. There are plenty of sports bars in every city. In Nairobi for instance we could recommend Viva Lounge in Kileleshwa, Pitstop Bar, Brew Bistro in Westlands and Natives on Thika Road.

Basically take your pick. Every bar has big screens. Every Premier League game is shown. Every Champions league game is shown live. Every Kenyan national team game is cheered on in bars across the country. For more specialized games you really want to see, go to one of the dedicated sports bars and ask them in advance. If at all they can catch the game on any channel, they will usually be more than happy to set aside a screen for you.

Who are the big teams in Kenya? The two teams with the biggest following are AFC Leopards and Gor Mahia. Both located in Nairobi and playing at the big Nairobi stadiums. Teams in Kenya tend to move from stadium to stadium rather than having a set one.

Other notable teams are Tusker FC, Nairobi City Stars, Sofapaka FC, Thika United and SonySugar. As you will notice Kenyan teams often have their sponsors name. Tusker for instance is a most wonderful Kenyan beer of the ale variety. 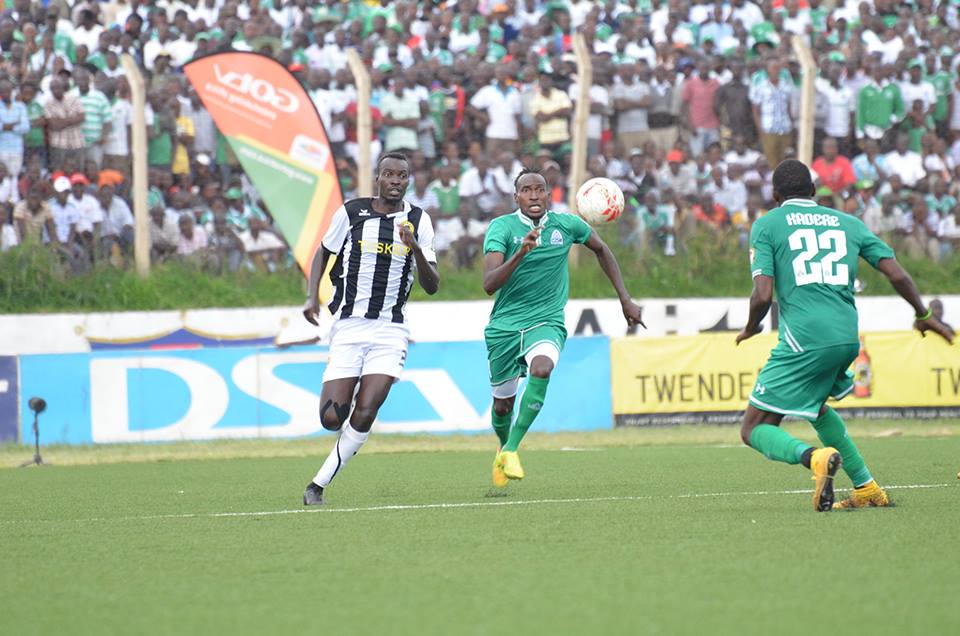 Football should of course be watched live on the stadium. In Kenya you easily can. The upcoming matches are advertised everywhere. Buy any local newspaper to find the time and venue for upcoming games. Entrance fees are very low. So is the comfort generally though.

However a word of warning. Football in Kenya is a passion. Very much so. But hooliganism is also a problem. And particularly derbys between big teams such as Gor Mahia, AFC Leopards and Sofapaka has turned into grand brawls on the stands. And there is no VIP lounge to hide in. You might want to avoid say a Gor Mahia – AFC Leopards derby. Whilst intense and exciting. It is not entirely safe either.

If you want the stadium experience. Go for less tense games. In Nairobi for instance you can go see Nairobi City Stars in the local inner city stadium with much smaller crowds and less tension. 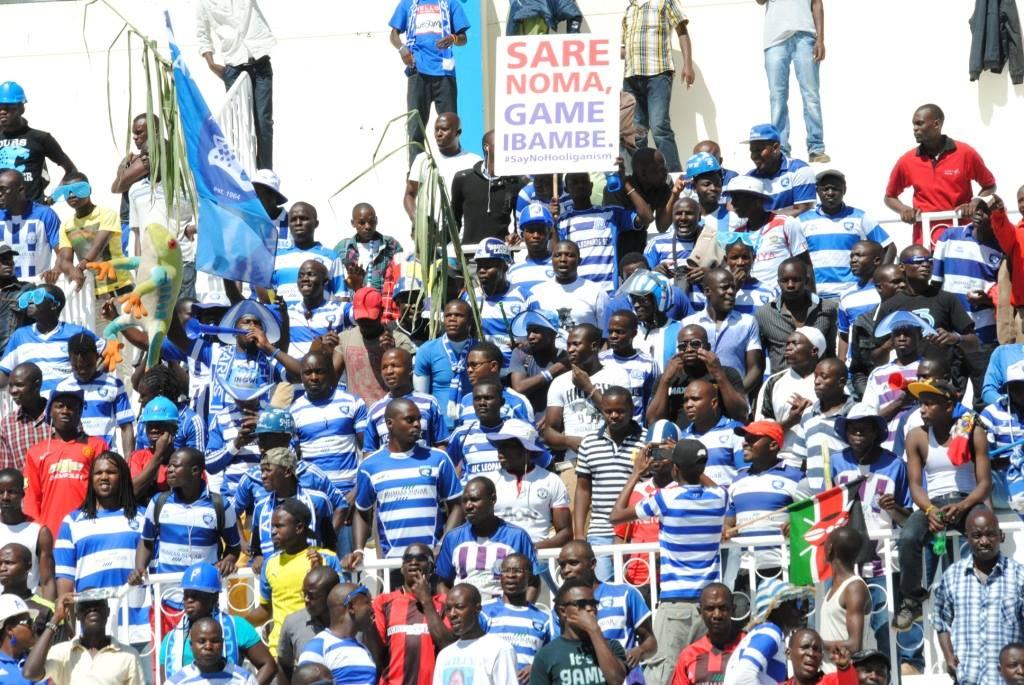 The Kenya national team has attempted to qualify for the World Cup since 1974 without any luck so far. The team has qualified for the African Cup Of Nations a few times. The latest qualification success was in 2002. However Kenya has never proceeded from the preliminary first round at the African Cup of Nations.

Football is passion for Kenyans. Do you love football too? Head to the sportsbars and cheer with the crowd for Manchester United or the Kenyan national team. Go to one of the safer stadiums and enjoy football live.

Football in Kenya is alive and passionately followed by millions. 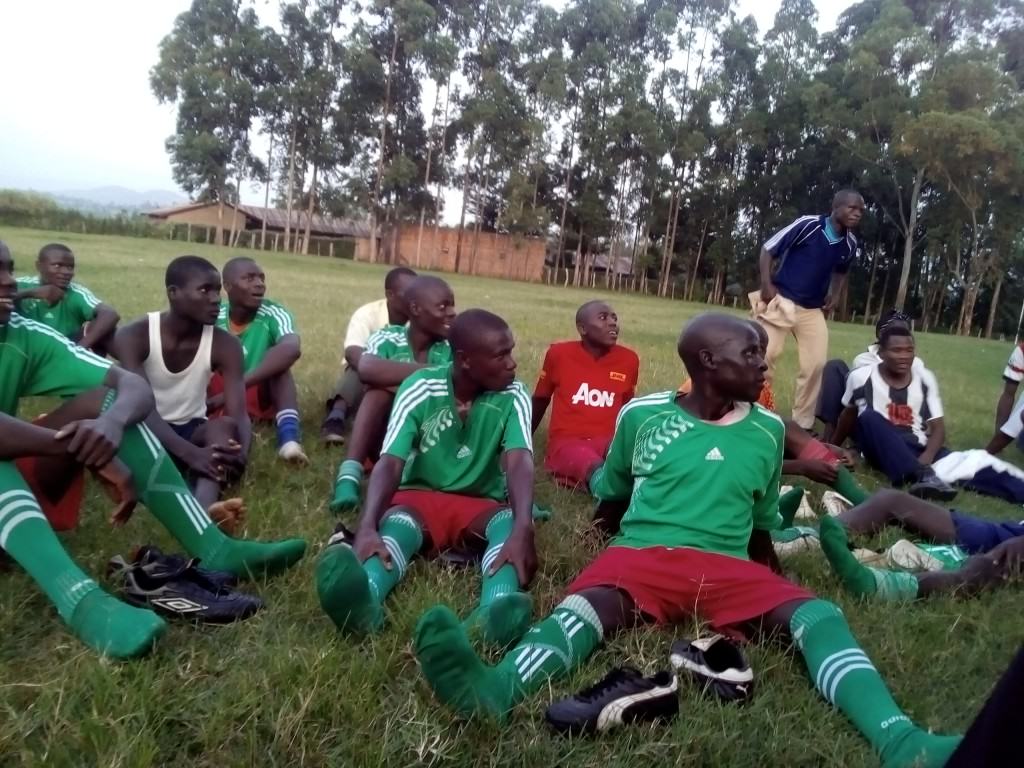