Karen Blixen is a literary pride of Denmark but of Kenya as well. The Danish writer lived from 1885 till 1962 and is primarily known for novels based on her time spent in Kenya at her farm outside Nairobi. The main work by Karen Blixen was the majestic novel Out Of Africa. Other published titles included Babettes Feast, Winters Tales and many others.

The inspiring times of Karen Blixen in Kenya started in 1913. She moved to Kenya with her royal Swedish husband and bought a coffee farm in what is now a suburb of Nairobi. She lived in Kenya until 1931 when she moved back to Denmark. Six years later she released the grand work Out Of Africa based on her many years in Kenya.

In Kenya Karen Blixen still has a strong presence. In fact the entire area her farm was located in is now named Karen. It is a rather fancy suburb to Nairobi which also sports the Karen Blixen museum

The museum in Karen is the actual preserved farmhouse and surrounding areas where Blixen lived during her time in Kenya. Most of the original furnishings from almost a hundred years ago has been preserved too and you can literally walk around in the world Karen lived in. You can see the office and living spaces where Karen Blixen wrote some of her magnificent literary works. You can see the traditional kitchens and classic bedrooms with all the original furniture.

During your visit you can hire a guide. There are plenty at hand and they do not cost much. They will tell you about all the furniture from the 1920s, the life of Karen Blixen in Kenya, the running of the coffee farm and Karens work with the local Kenyans she employed. It is well worth it hiring a local guide as they will give you all the little details you might otherwise miss.

The Karen Blixen Museum in Nairobi is open daily from 7.30am to 5.30pm and you do not need to book in advance. There is a small entrance fee, an extra fee if you want a guide and a small souvenir shop with items related to Karen Blixen. Overall though, it is a cheap and interesting day out.

The reason Karen Blixen is still remembered fondly in Kenya is not just her literary accomplishments and later fame. She is remembered for working with the local community on equal terms. Handing out medicine to her workers at the Nairobi coffee farm. Working on a local school for children in the area. She is remembered in the area as kind, giving and interested in local culture.

I had a farm in Africa, at the foot of the Ngong Hills she stated in Out Of Africa. That is a bit of stretch though the farm is located on the Ngong side of Nairobi towards the Ngong hills. She farmed under the Karen Coffee Company banner whilst in Kenya. A long gone incorporation. But the Karen name stuck. It is now one of the most famous and well-off suburbs of the growing capital of Nairobi.

Karen Blixen spent much of her life in Kenya. Putting some of her most famous works to paper. The Out Of Africa book is obviously the most famous among several releases. She released under several artist names. Out Of Africa was published as Isaak Dinesen. Several other releases came under different names. The reason for publishing under artist names was that releasing books as a woman could be troublesome back in those days, however she has since received fame under her own name.

Babettes Feast and Out Of Africa were later put on the big screen featuring among others Robert Redford and winning several awards. As such, the legacy of Karen Blixen lives on in the Kenyan suburb of Karen, in her books and the movies based on them and in the Karen Blixen museum in Nairobi. 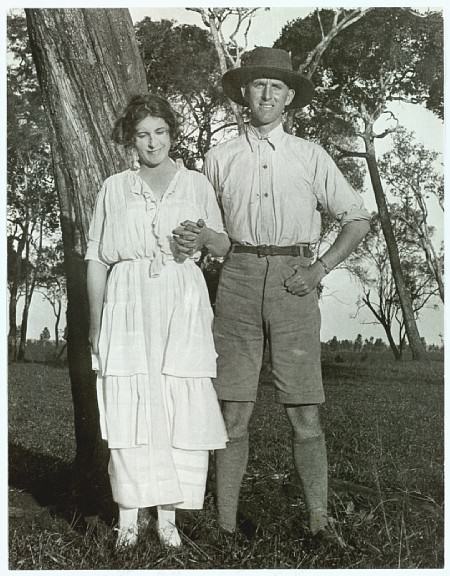 Karen Blixen in Kenya at her coffee farm

Update: Thank you Lisbeth for pointing out that some of the furniture at the Karen Blixen House is in fact not original. Parts of the furnishing stem from the reconstruction done for the Out Of Africa movie.